Frequently Asked Questions
Who is Yeshua?
​Yeshua is the Hebrew name of Jesus, which means Salvation. The Apostles testify that Yeshua of Nazareth is the promised Davidic Messiah, the Son of G-D, the "Word made flesh" (John 1:14), "in whom the fullness of Deity dwells in bodily form" (Colossians 2:9).

What is Messianic Judaism?
Messianic Judaism recognizes that Jewish people (physical descendants of Abraham through Isaac and Jacob, whether through the mother's or the father's blood-line) who place their faith in Israel's Messiah, Yeshua, continue to be Jewish according to the Scriptures (Rom. 2:28-29).

Messianic Judaism believes Gentiles who place their faith in Yeshua, are "grafted into" the Jewish olive tree of faith (Rom. 11:17-25) becoming spiritual sons and daughters of Abraham (Gal. 3:28-29). We observe and celebrate the Jewish Holy Days given by G-D to Israel, with their fulfillment in and through the Messiah Yeshua. We believe that true "Biblical Judaism," the faith of first century believers, which we seek to practice, acknowledges the continuity of faith in the one true G-D, revealed throughout the Scriptures, and ultimately manifested in G-D's Son, Yeshua the Messiah.

Messianic Judaism believes that salvation has always been "by faith," and that works of law, or righteous acts, have never saved anyone (Gen. 15:6; Rom. 2-6; Eph. 2:8-9; Heb. 11:6, 39). We acknowledge that the New Covenant body of believers is composed of both Jews and Gentiles who have received Yeshua the Messiah as the Promised Redeemer. The "middle wall of partition" has been broken down and now we worship the G-D ​of Israel together (I Cor. 12:13; Eph. 2:13-14). 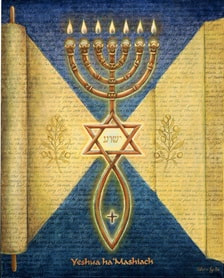 What is a Messianic Synagogue?
Messianic Synagogues are made up of believers in Yeshua (Jesus) from all backgrounds. We believe that Yeshua is the Messiah spoken of in the Old Testament, and that He is the one for whom the Jewish people throughout history have been waiting.

​Our form of worship is the oldest form of Christianity. It is a resurrection of the first century expression of faith in Messiah Yeshua where Jewish and Gentile believers worshiped together as one. We teach the New Testament in its original Jewish context. We observe ADONAI's Holy Days spoken of in Leviticus 23 and traditions that are consistent with the Scriptures.
​What is the Torah?
​The Hebrew word Torah means "instruction." It is commonly translated into our Bibles by the English word "law." The first five books of the Bible are often called the Torah because they contain ADONAI's instructions given through Moses. But the Bible does not stop there, neither do ADONAI's instructions. Therefore the entire 66 books of the Bible can be rightly called the Torah.

The Torah is profitable "for teaching, for reproof, for correction, for training in righteousness; so that the man of G-D may be adequate, equipped for every good work" (2 Timothy 3:16-17). ​

​Romans 7:12 "So then, the Torah is holy, and the commandment is holy and righteous and good" TLV.
​
People often misunderstand Romans 10:4 to mean that Christ ended the Torah. In the Epistle to the Romans, the Apostle Paul said, "Messiah is the end of the Torah," (Romans 10:4), and in his epistle to the Galatians he wrote, "The Torah was put in charge to lead us to Messiah." (Galatians 3:24). In this sense, Messiah is the goal of the Torah. He is the destination at which the journey of Torah arrives.

​Is Messiah to be understood as the ending of the Torah then? No. He is the end, but not the ending. The Greek word used for "end" in Romans 10:4 implies that He is the goal of the Torah but not the termination of it. In fact, He Himself has said, "Do not think that I have come to abolish the Torah …" (Matthew 5:17).

In what sense is Yeshua the goal and "ending" of the Torah? He lived a perfectly righteous and sinless life. He perfectly lived out the Torah. Therefore, He is the end for which the Torah aimed.

In one of his often misunderstood passages, the Apostle Paul speaks of a written document of condemnation that was nailed to the cross (Colossians 2:14). This document is frequently misinterpreted as the Torah. ​Well meaning brothers and sisters often triumphantly declare that Messiah nailed the Torah to cross. Some translations encourage this kind of interpretation by translating the nailed document as "the written code," a term that seems to imply a law code, namely the Torah.
​
In Colossians 2:14, it is not the Torah that has been nailed to the cross. It is better understood as a written verdict of condemnation, or a legal note of debts.

"Having canceled out the certificate of debt consisting of debt against us, which was hostile to us; He has taken it out of the way, having nailed it to the cross." (Col. 2:14)

The "certificate of debt" that has been taken out of the way and nailed to the cross is condemnation and guilt. Condemnation (i.e. death) is the ultimate curse of the Torah. It is this curse that Yeshua took upon Himself when He became "a curse for us" (Gal. 3:13). 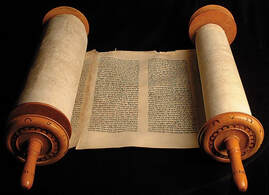 ​Are we “under the law”?
No, we are under grace. Although we embrace the Feasts, the Torah, Shabbat, etc., we recognize that the full meaning of these are found in ﻿Yeshua﻿. Salvation comes through faith in Messiah Yesh﻿ua and nothing else. Contrary to popular notions, the Old Testament Law (Torah) was not abolished by the Gospel.

The early believers continued to practice the commandments of the Torah throughout the New Testament period and beyond. The Torah was never given as a means for attaining salvation. Instead the laws of the Torah are given to be upon our hearts. We are to show our love for ADONAI by keeping them (Deuteronomy 6:4-6).

Yeshua said that He did not come to abolish the Torah (Matthew 5:17). This does not mean that we must keep the Torah in order to earn salvation, but we keep it because we are already saved.

Ephesians 2:10 says, "For we are His workmanship, created in the Messiah Yeshua for good works, which ADONAI prepared beforehand so that we would walk in them."

The Apostle John spoke of the Torah in 1 John 5:3 saying "For loving G-D means obeying his commands. Moreover, his commands are not burdensome" CJB.

What is Legalism?
​Legalism is a term used to describe a system of rules and regulations that are to be obeyed in order to earn our salvation. A legalistic person attempts to keep the Law in order to be saved. The Olive Tree Messianic Fellowship DOES NOT, nor have we ever taught or believe in legalism.
When is the Sabbath (Shabbat)?
​The Shabbat is the 7th day of the week, it was given at creation (Genesis 2:1-3), before the Law was given at Mt Sinai. It begins at sunset on Friday night and continues through sunset on Saturday night.

Genesis 1:5b “And the evening and the morning were the first day.” KJV

Mark 2:27 "Shabbat was made for mankind, not mankind for Shabbat" CJB

Luke 4:16b “And as was his custom, he went to the synagogue on the Sabbath day, and he stood up to read.” ESV 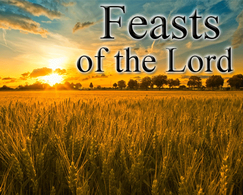 ​What are the “Feasts of the L-RD?”
These are the 7 Feasts listed in Leviticus 23 (among other places). They
include Passover, Unleavened Bread, First Fruits, Pentecost /Shavuot, Rosh Hashanah, Yom Kippur and Tabernacles.

All of these Feasts were kept by Yeshua and the disciples. They were celebrated by the early church. The church, in general, ceased to celebrate these festivals after 325 A.D. due purely to anti-Semitism. It is incredibly unfortunate that for nearly 1900 years the rich  teachings of these appointed times have been stolen from ADONAI’s people. They are great reminders and teachers of ADONAI’s plan for mankind, which is why He said to do them for all generations.

What is the Biblical dietary Laws?
​ADONAI commanded all of His people regarding what they are to eat. He forbids them to eat certain animals ​that He did not create to be food (Leviticus 11, Deuteronomy 14). These laws constitute the biblical dietary regulations.
​
Everything that ADONAI created has a purpose, these animals were made to clean up the earth, in other words a "trash can." Eating animals that is unclean (not food) is bad for us and the planet. ADONAI created these animals precisely to clean up the pollution of other animals and humans. When these animals are eaten, the environment is severely impacted.

A growing body of scientific evidence proves eating meat that is “not food” causes disease and even death. The unclean animals tend to be scavengers, and their meat carry more harmful elements then the clean animals.  Stats show that it takes much longer than seven days for the body to release the toxins ingested from unclean animals.

In Daniel 1:8-16, Daniel refused to eat the unclean food of King Nebuchadnezzar and was found to be much healthier. In the Middle Ages, Jews were accused of sorcery because they escaped many of the sicknesses (black plague) that afflicted others. It was not due to sorcery but it was because they observed ADONAI’s dietary instructions.

The food laws was never done away with in the New Testament.
​
-- Mark 7 is not referring to ADONAI’s dietary laws, but it is referring to rabbinic rules. Nor does Mark 7 make all meats clean since it is talking about eating grain with unwashed hands.

-- In Acts 10:28 ADONAI told Peter that he was to "not call any man common or unclean". Therefore Acts 10 is not referring to food.

-- Romans 14:14 is referring to meat that is fit for food (clean) but has been offered to idols, therefore making the meat unclean.
​
-- Colossians 2:16-17 is often misunderstood. To understand these verses you must read the full context in verses 6-18 to realize that it is talking about human "philosophy and empty deceit, according to the tradition of men, according to the basic principles of the world, and not according to Christ" (Colossians 2:8).